When you get into the meat and potatoes of genetic genealogy, you will find there are many good DNA tools that can help you in your research. Some require your raw results added to their servers, others have a tool you download and use on your own. Some share your information with others, some don't. I could spend every day talking about all that is out there for you to explore.

I'm actually getting ready for a break from DNA. I've been working so hard on it for so long that I think I'll go insane soon. I've upgraded my brother's FTDNA kit to an autosomal test and with that and my maternal cousin's test, I've not only been comparing our matches, but also mapping our shared segments. My parents share a line (or two), so there is expected overlap. But I figure where my brother and I share a segment and my maternal cousin doesn't is a good place to start for paternal matches. It's still possible the segments are part of the shared line or maternal material my cousin didn't get, but there has to be something that is exclusive to dad, right? I mean, what are the odds that I got only his mother's DNA? Things to make you go crazy.....

Which leads me to my last DNA post for a bit. And I promised to tell you about a tool that cost you only $5 and was a bit of fun. I will warn it may drive you crazy if you let it. The website is Promethease.com. What does Promethease give you for $5? Well, you upload your raw results and they spit back a chart of the good, bad and indifferent in your DNA. You see, ever since we could code DNA, scientists have been researching what segments control what in our bodies. So there are thousands of published works on cancer risk, heart disease, mental issues, immunities, drug interactions, etc. and this tool tells you what studies have said about alleles you carry in your DNA. Now, does that mean you have or have the potential to have a disease listed? Meh. This isn't a medical test. It's using published work that may or may not have a bias in it's research. If you're looking to solve medical mysteries or gather information prior to having children, go see a medical professional and get a "real" test done. If you just want to have a bit of fun, let's hop right in!

So I ran the tool and got my results in about 10 minutes. After playing around a bit to see what I was looking at, I reviewed my results:

My Good
My Bad

My Indifferent
This is just a small portion of the report. You get a zip file that has the report itself, then there is a data folder that will show you medical conditions, how medicine affects you, and other things studies claim to have found that are a bit complicated. Each one of these results will come with a link to more information about the allele and the studies that "found" these conditions. Read the studies. Like I said, some will have a bias in their research. Just like any other source, you have to evaluate the informer as much as the information. That's why this should be a "just for fun" kind of thing. If you're one of those people that worries over every news story about Ebola even though you weren't anywhere near the outbreak city (or state), then don't use this site. You'll just worry over every little thing. To be sure, I'm no more worried about my risks of heart disease than I was before. And I'm not going to start kissing rats or engaging in risky behaviour just because I'm supposedly carrying a plague/HIV immunity. Again, if they can get my eye color wrong, how right can they be about my arthritis risks?

When it came to this tool, I found myself interpreting the results through what I already knew about my family medical history. And maybe that's the best way to look at it. I mean, ideally I should be using the information to find new clues to unknown issues, but I get less stress by just using it as a confirmation of what I know. In the medicine interactions area, it suggests that I have an increased risk of liver damage if I use Tylenol. Well, I do use Tylenol. So should I stop based on this test? Not really, no. I had an injury that sent me to the hospital right after I received my results. The doctor told me to take some Tylenol and rest until the pain went away. I asked him if I could take aspirin and he said that it would thin my blood and that was a greater risk to my condition at the time. After talking to him about my Promethease results and reading the studies involved, I've not changed my Tylenol routine. But I will admit that sometimes, right before I take that little pill, I hear a voice in the back of my head saying, "We really need to switch it up every now and again. Just to be safe."

But then my short term memory fails and I forget all about that silly little voice,
-Ana
Posted by Rhi at 07:59

Don't have time to do it yourself?

Need a starting point? a fresh pair of eyes? a second pair of hands? I offer my services to do research for you! I'm Northwest Indiana based, but can do worldwide searches. I can look up one person, or several generations. With a large contact network of genealogists, websites and translators already established, I can give your research direction. I love bringing history to life with newspaper searches and photos, let me help you find yours!

Email Chaos.Ananke@gmail.com Subject: Family tree services, with your name, phone number (if you wish to be contacted by phone) and what you are looking to find. I will contact you with an estimated time for research and cost of service. All services are confidential, I don't sell your information or include it in any public postings. 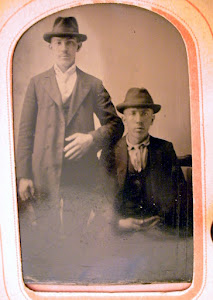